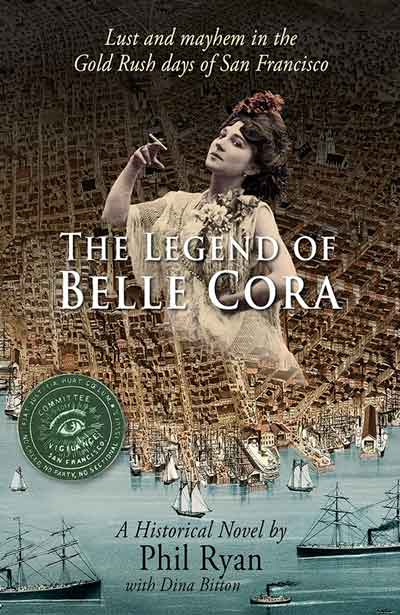 THE LEGEND OF BELLE CORA

Lust and mayhem in the Gold Rush days of San Francisco

In the Gold Rush days San Francisco city grew tenfold, where dreamers came to build a new world and ruthless men enjoyed their own money grab in a free-for-all corruption. It was the ultimate political startup of its time. And in this lawless shanty town stepped Belle Cora. A stunning beauty with a stunning mind to match, she had ambitions of her own to be the most powerful woman in the city.

The Legend of Belle Cora is a sweeping, historical account of her coming of age story set against the backdrop of a still-young America expanding west. Her journey starts in her hometown of Baltimore as the beloved daughter of a merchant, takes her through adventure in New Orleans and ends with fame and heartache in San Francisco.

Written by the late San Francisco celebrated lawyer and native San Franciscan Phil Ryan, The Legend of Belle Cora was his second novel to cast a critical eye at the life and times of a struggling America and its people.